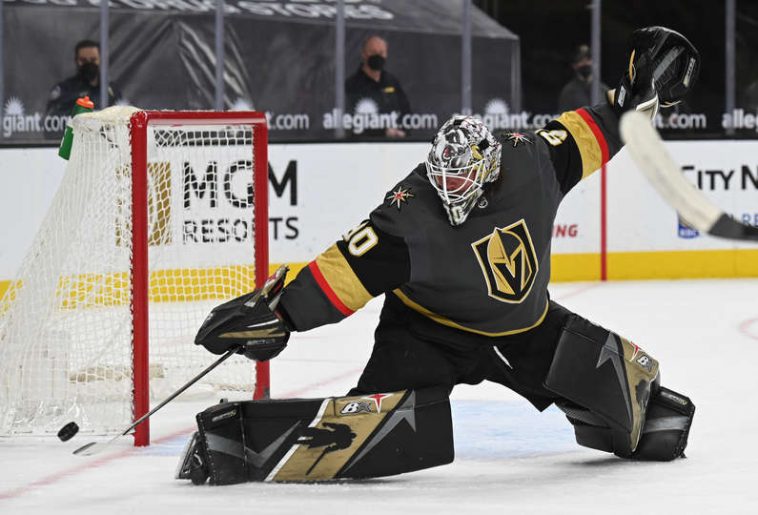 LAS VEGAS — Robin Lehner earned a rare start and stopped 29 of 31 shots to push the Vegas Golden nights to the top of the NHL, not swayed by a momentous record-breaking feat from the San Jose Sharks.

Lehner would end up yielding the first goal of the game. The Sharks’ Nikolai Knyzhov would cradle the puck at the blue line on the blocker side and fire a quick shot through three other Vegas Golden Knight players. Based on his body reaction and commentary from the San Jose Sharks broadcast team, it’s clear that Lehner didn’t see the shot until it was too late.

The Sharks’ second goal caught Robin Lehner sleeping yet again, as a broken poke check by Vegas’s Nicolas Hague set up the puck for San Jose’s Noah Gregor. With a quick spin and equally quick shot, Gregor surprised Lehner on the short side with the puck in the net.

It would be in the shoot-out where Lehner shined brightest that night. On his first shot, he squared off against the man of the hour, Patrick Marleau.
Marleau came in with good speed, keeping a narrow lane straight up the middle. Lehner met the challenge with aggressive angles and stood tall to the shooter. The exact opposite of how Martin Jones was treating the shoot-out.

Lehner feigned the 5-hole, which Marleau appeared to have bitten on, as Lehner quickly shut the door and make a solid save on top of the crease.

Ryan Donato was up next for the Sharks. He tried to take Lehner slow and wide and cut along the slot with a short drive to the crease. Donato tried to fake Lehner with some fancy hand movements and drove the puck to the blocker side. Lehner smartly sealed his pad on the ice and extended his leg to stop the goal.

Logan Couture was up next and made a similar play to Donato. Couture drove down the slot and tried to open Lehner up with head bobs and wide dekes. With the same move to the blocker side, Lehner made a sliding blocker save, winning the game.

Like Martin Jones, Lehner has a solid win under his belt, offering him some confidence to build a solid stretch of games. As the season comes closer to the end, and playoffs are inevitable for Vegas, a deep playoff run is highly possible when backed by two excellent goaltenders. 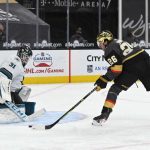 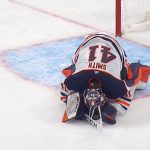